Author's Note: The sources I have found have been somewhat contradictory. It will be necessary to continue my research on this individual to furthur increase and improve upon the knowlege presented in this post. 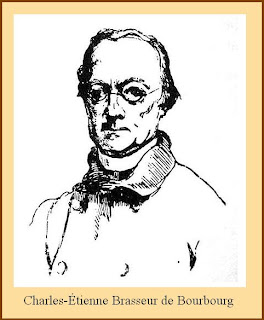 Charles Étienne Brasseur de Bourbourg was a Frenchman who was a historian of Mesoamerica, an ethnographer (describer of a living society), an ordained priest, and a writer of both fiction and non-fiction. Known for rediscovering various ancient texts that have helped archaeologists understand the ancient Maya, Brasseur de Bourbourg is also known for his unscientific conjectures.

Birth
September 8th, 1814 is the day on which Charles-Étienne Brasseur de Bourbourg was born in the city Bourbourg, France -- a city in the north, near the border with Belgium and not far from Dunkirk (Dunkerque in French). 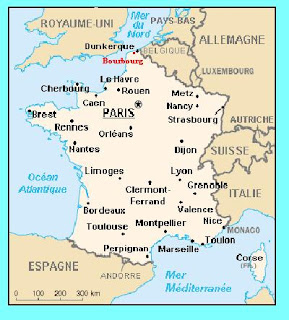 Novelist, Journalist and Student
In his twenties Brasseur de Bourbourg was a journalist for the Parisian journal "Le Monde" (and possibly others) and a student. He was also a novelist, working in the romance and morality genres. Some of his novels were suspected of plagiarism, as they were similar to previously published stories.

As a student, Brasseur de Bourbourg studied at a seminary at Ghent (located in Belgium) and worked in a library. His studies focused on theology and philosophy. Then he traveled to Rome to study for the priesthood.

Becoming Priest and Missionary
In 1845 Brasseur de Bourbourg was ordained, earning the title abbé. After his ordination he went to one of Quebec's seminaries to hold the position of ecclesiastical history professor. In 1846 he was vicar general in the Boston diocese, but didn't stay there long, traveling back to the Old World -- to Rome (where he stayed two years) to look for writings on Spanish America.

Beginning of His Mesoamerican Travels
1848 saw Brasseur de Bourbourg travel to Mexico and become chaplain of the French legation of Mexico City. But in 1851 he went back to Paris. In 1854, about three years later, he went to New York, then and Central America (Nicaragua, Guatemala and San Salvador).

Adiminstrator in Guatemala
Brasseur de Bourbourg got to Guatemala City, Guatemala on February 1, 1855 and became "ecclesiastical administrator" for the city of Rabinal. He stayed there as administrator for a year. While there, he transcribed a play ("Rabinal Achí") that someone recited from memory for him (this play is understood to be from before the Conquest).

Back to Europe and Back to Central America
During 1857 our well-traveled priest was in France again. The years 1859 and 1860 saw him travel back to Central America, where he went to the Isthmus of Tehuantepec and to Chiapas (which was part of Guatemala until 1824, when it became part of Mexico).

Manuscript Discoveries and Publications
Brasseur de Bourbourg made an important discovery in -- Ximenez's Popol Vuh, of which he made a translation. He published his translation (which also included the Quiche language). However, he wasn't the first to publish the Popol Vuh: in 1857 a man named Carl Scherzer had already published a Spanish translation using of a copy of the Popol Vuh that he had found elsewhere.

"Archaeologist"
In the same year that some sources credit him with rediscovering Landa's book, 1864, Brasseur de Bourbourg became attached to a military expedition to Mexico that was sent from France. A book he wrote about that expedition, Monuments anciens du Mexique,was later published in 1866, courtesy the French government.

At one point, Brasseur de Bourbourg  had the opportunity to view the Troano Codex (one of the two parts that became the Madrid Codex) which was the possession of Don Juan de Tro y Ortolano, a paleographer. In 1869 he published a copy of the Troano Codex.

Consideration
Despite his discoveries, Charles didn't remain in the logical realm when theorizing about the Maya. He started to think that Atlantis, the ancient Egyptians and the Maya were connected to each other, on account of the two confirmed civilizations sharing similarities. At some point during his life, he stopped professing the Catholic faith so much as the spiritualist one.

Death
Charles-Étienne Brasseur de Bourbourg died in France at the city of Nice on January 8, 1874. He was fifty-nine years old. 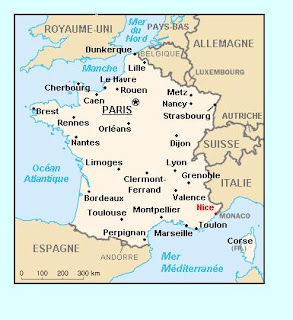 Works
During Brasseur de Bourbourg's travels and studies of Mesoamerica, he wrote and published a number of books. Here is a list of the works that he is more known for writing: 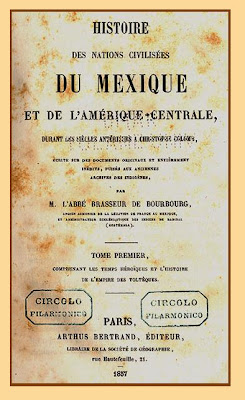